BÓREAS has drafted the FLUBIOGENIL proposal, a commission from the public company of the Integral Water Cycle ARECIAR for the City Council of Écija, which has been selected by the Biodiversity Foundation (Spain’s Ministry of Ecological Transition).

The proposal has obtained €3.8M in Next Generation financing which, together with municipal financing, will amount to €3.99M to develop Nature-Based Solutions for flood risk mitigation and actions to recover fluvial ecosystems and fluvial restoration of the Genil River.

The FLUBIOGENIL proposal has benefited from the analyzes and studies that the AA-FLOODS European Project, in which BÓREAS participates, has carried out since 2019 around Écija in terms of Mitigation of the effects of Floods associated with Climate Change.

Among the actions in progress, BÓREAS is leading the drafting of the first Local Flood Risk Management Plan for the city of Écija, which includes simulations of different flood scenarios developed jointly by BÓREAS, the University of Coruña, the Junta de Andalucía and ARECIAR, with advice from the Guadalquivir River Basin Authority and the British organization Rivers Trust. 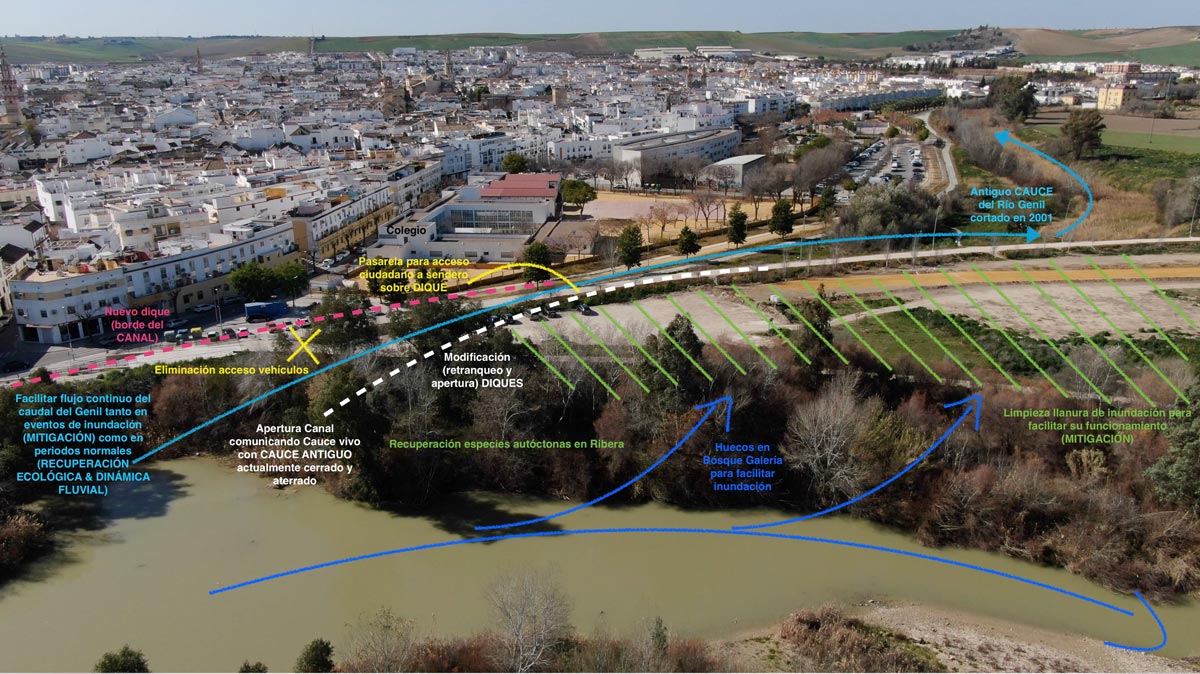 Scheme of urban actions: recovery of the Original Riverbed of the Genil River that embraces the city of Écija